As expected, the 2020 election is messy and complicated.

On the whole, platforms have been praised for swift responses to issues. Both Facebook and Twitter have flagged contentious messages posted by Donald Trump, while Facebook and TikTok have blocked hashtags that are being used to spread election conspiracy theories, including #sharpiegate, #stopthesteal, and #riggedelection. Twitter is 'actively monitoring' them.

As of Tuesday, Facebook also put an indefinite ban on US-based ads and has specifically banned ads claiming false victory. The platform has also announced plans to put the name of the winner of the U.S. election at the top of Facebook and Instagram once a majority of media outlets have projected it.

Facebook has also shut down a Trump-linked group called "Stop the Steal". With over 360,000 followers, the group was designed to spread disinformation about the election. At one point, it was gaining around 1,000 new members every ten seconds.

The platform has been heavily criticised over the past few days as one of the largest sources of US election misinformation as it struggles to review videos as fast as they are being reported.

YouTuber Steven Crowder is one of the most popular conservative voices on the platform. In the past 24 hours, his livestream, titled 'Democrats Try to Steal Election!?', has racked up over 4.7 million views.

Meanwhile, One America News Network threw up a doozy titled: Trump won. MSM hopes you don’t believe your eyes which currently has over 420,000 views. Anyone who read the title would assume that Trump had won the election. And yet, YouTube is refusing to remove it.

In an email to CNBC, YouTube spokesperson Andrea Faville said: “Our Community Guidelines prohibit content misleading viewers about voting, for example content aiming to mislead voters about the time, place, means or eligibility requirements for voting, or false claims that could materially discourage voting. The content of this video doesn’t rise to that level, so it wasn’t removed.”

YouTube has said that it has discontinued ads on the video to prevent the video's creators from profiting from it.

But it's not just Crowder and One America News Network. Smaller channels pushing election misinformation have racked up hundreds of thousands of views over the past couple of days. 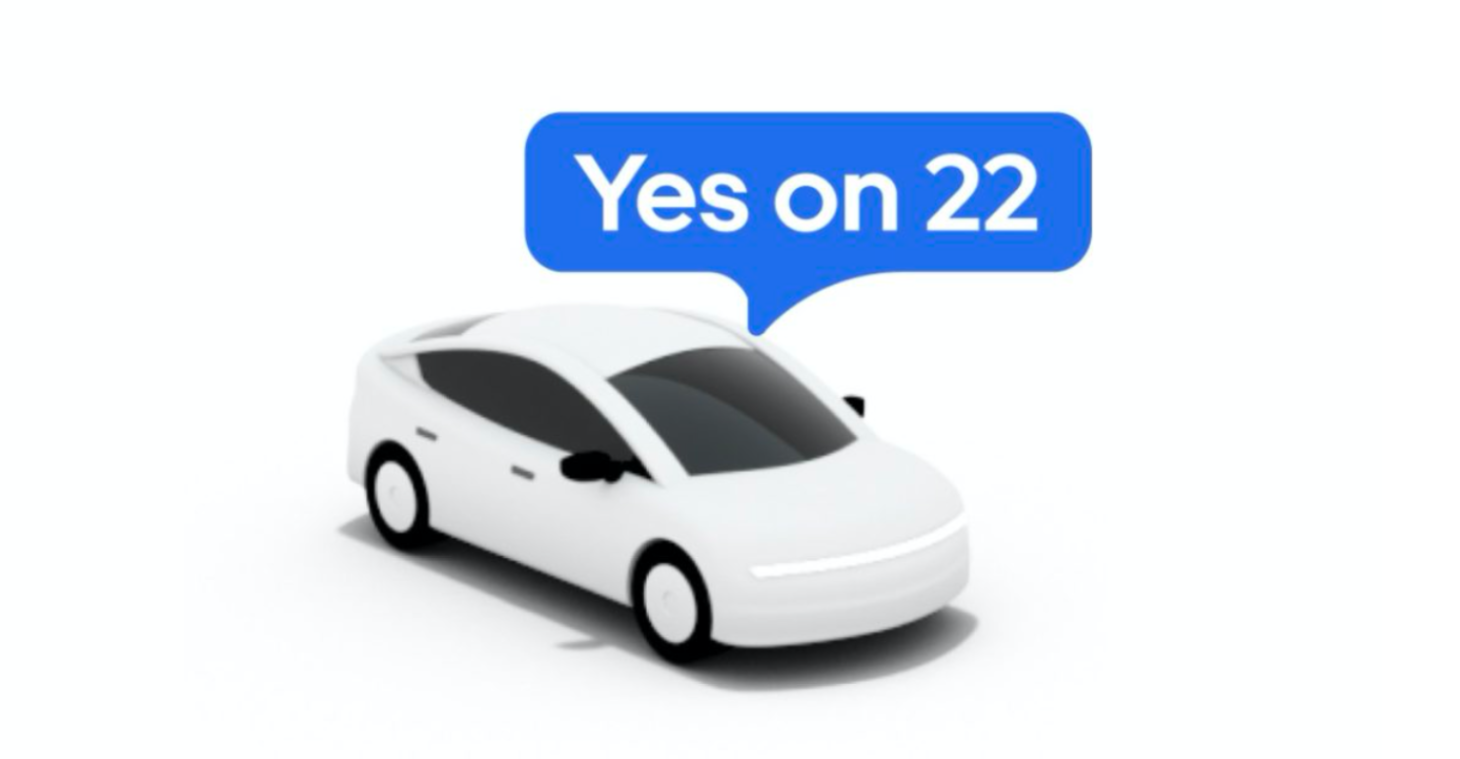 App-based drivers are contractors, not employees

In a major victory for Uber and Lyft, California passed Prop 22, with 58.4% voting in favour, and 41.6% voting against. As a result, drivers will remain independent contractors, while the companies will offer limited healthcare options. While workers will have a minimum earnings guarantee of at least 120% of the state’s hourly minimum wage, the time during which drivers are waiting to be matched with a rider will not be counted.

Silicon Valley's most powerful companies have spent the past few months serving up political push notifications to customers, warning them of longer wait times and higher fare prices if Prop 22 failed to go through.

Companies including Uber, Lyft, Instacart, and DoorDash spent over $200m on efforts to push the bill through. Judging from the push notifications presented to customers using the apps, many users probably even thought they were helping drivers by voting the bill through. As Andrew J. Hawkins wrote in The Verge, the victory could set a precedent for how companies use technology to lobby for political outcomes.

Following the announcement on Wednesday, Uber's shares went up by 15%, while Lyft shares went up by 13%. And now it's got its way with California, Uber CEO Dara Khosrowshahi says the company already has eyes on "other states and nations". 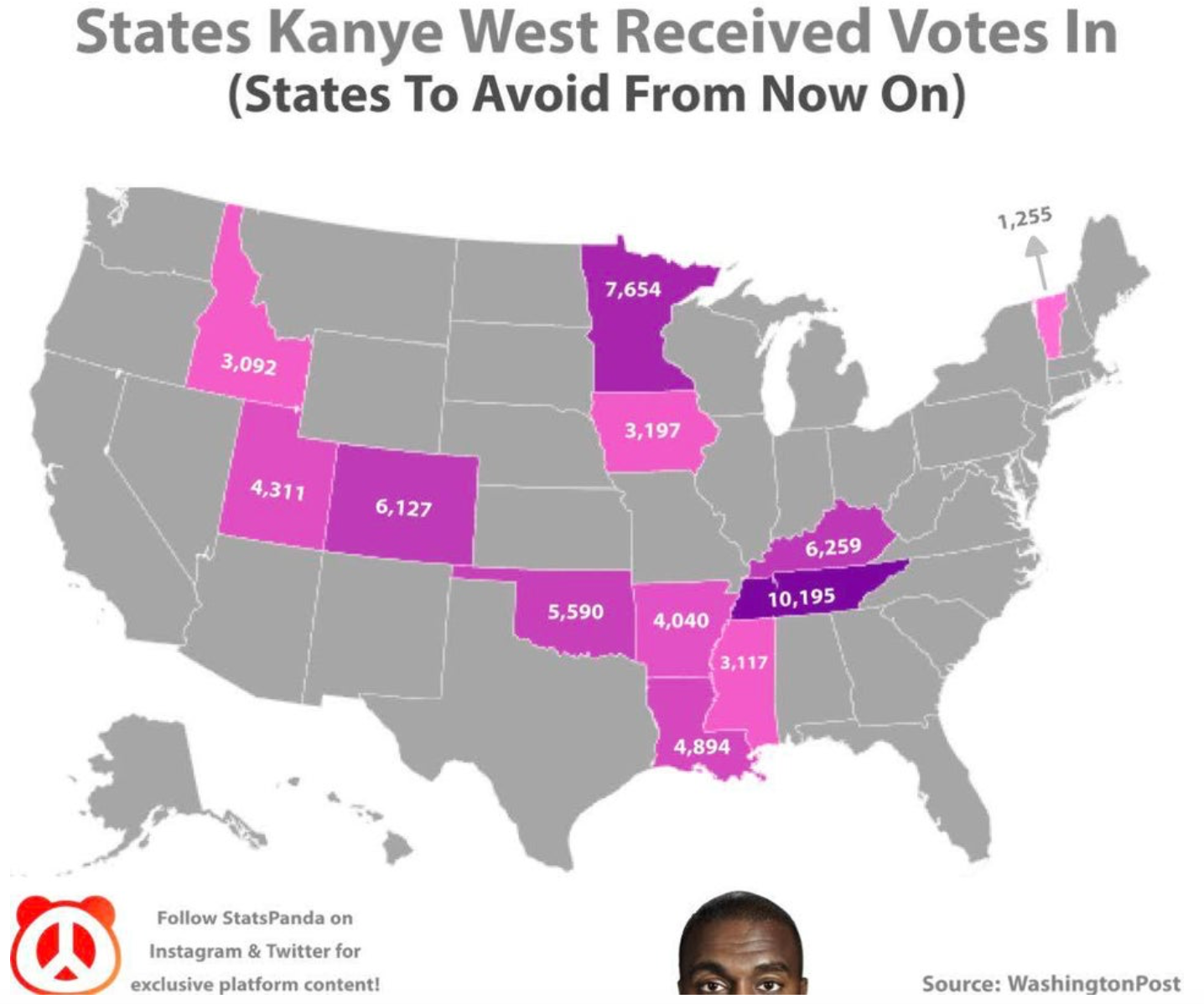 Kanye West received over 60,000 votes for president during the 2020 election. According to reports filed with the Federal Election Commission, he ended up spending $10.3 million on his presidential run -- that's $171.67 per vote. Yeesh.