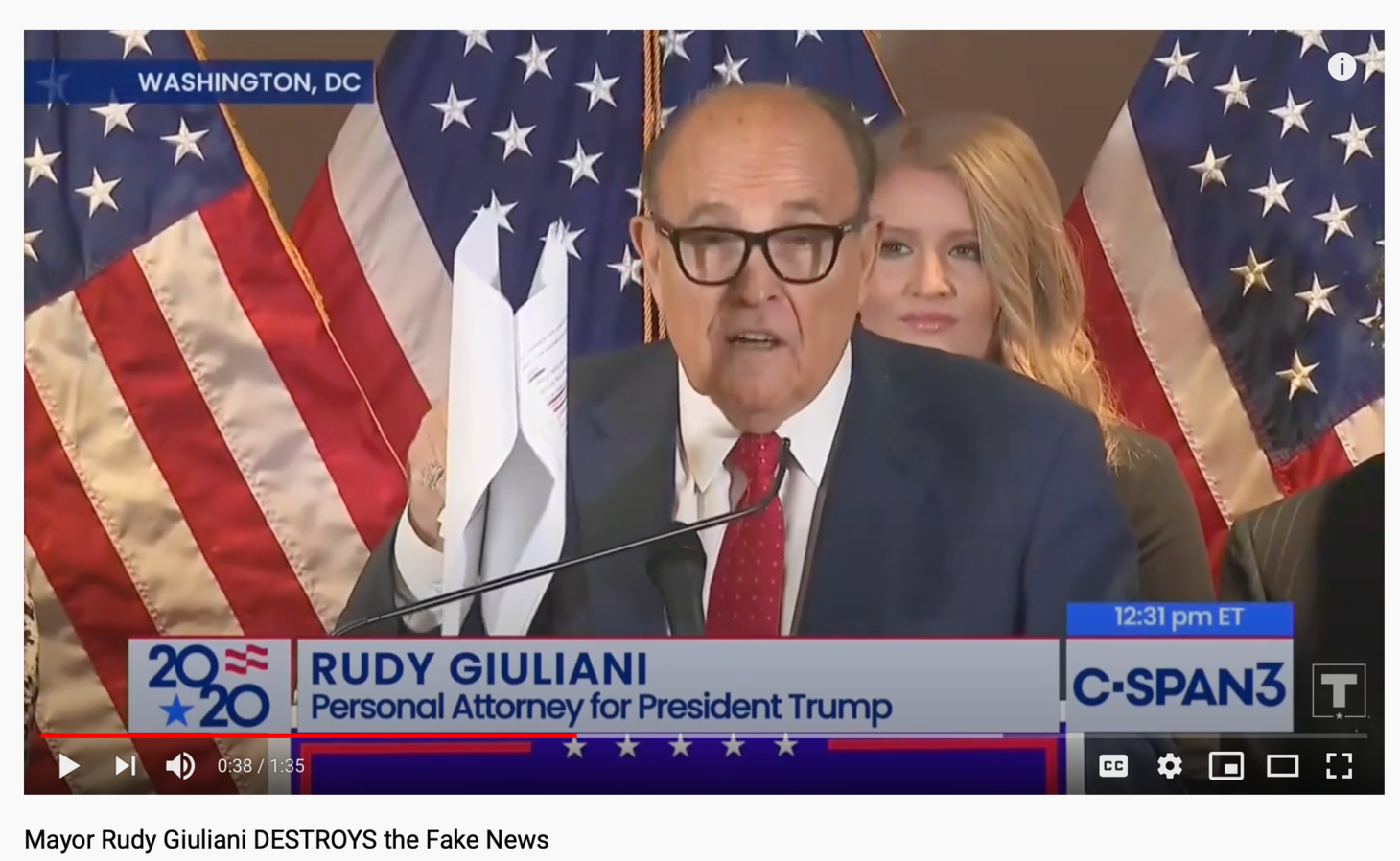 Users have been able to do this since back in 2017 when YouTube released its Super Chats and Super Stickers feature that allowed viewers to pay money to the platform for the privilege of pinning comments at the top of comment boxes during livestreams. Around 70% of the fee goes to the person who owns the channel, and the remaining 30% goes to YouTube.

A report by the New York Times revealed that election misinformation often evaded YouTube's efforts to stop it.

Some of the pinned comments, as reported by VICE, included:

“HOW IS THIS HAPPENING IN THE UNITED STATES? THERE IS MORE EVIDENCE! GEORGE SOROS CONNECTION, BIDEN’S? CHINESE CONNECTIONS! It doesn’t take a rocket scientist to figure this out"

"Hope you all saw Crowder's latest revelations. Over 170,000 unregistered voters voted in Michigan!"

In other news, YouTube has also announced that it will start running ads on some creators' videos...but it won't give them a portion of the ad revenue because they're not big enough. Sounds...helpful.

Meanwhile, Zuckerberg and Dorsey were grilled over their moderation practices on Tuesday... 🔥

For the second time in two months, Zuckerberg and Dorsey testified before the Senate to defend themselves.

A significant portion of the discussion focused on how Facebook and Twitter carry out the process of moderating the content posted on their platforms, with over half of the questions asked focussing on content moderation.

Republican senators were particularly focused on how Twitter and Facebook could employ less moderation, while Democrats said that companies had not gone far enough to moderate content, and questioned how Facebook and Twitter could increase their moderation efforts around topics such as hate speech.

Both Republicans and Democrats agreed that Facebook and Twitter have enforced their policies inconsistently, and Zuckerberg and Dorsey agreed that reform around how content is moderated should be revisited.

Dorsey has also stated that Trump's Twitter account will lose special treatment once he leaves office, and that "if an account suddenly is not a world leader anymore, that particular policy goes away". Zuckerberg, on the other hand, has stated that Facebook's moderation of Trump's posts will not change when he leaves office.

Somehow, Pope Francis' Instagram account liked a very NSFW photo. It's unclear whether it was a bot service being paid to do social media engagement on the pope's behalf, or if the person managing the account messed up and thought they were liking the picture from their own account.

Irregardless, the best part was the model, Natalie Garibotto's, response.

She told Barstool Sports: "My mum may hate my ass pics but the pope be double-tapping."